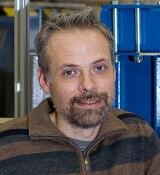 Abstract: This presentation summarises an attempt to formulate a design approach suitable for predicting finite lifetime of mechanical assemblies subjected to constant/variable amplitude fretting fatigue loading. The proposed design methodology makes use of the Modified Wӧhler Curve Method (MWCM), where this multiaxial fatigue criterion is applied in conjunction with both the Theory of Critical Distance (TCD) and the Shear Stress-Maximum Variance Method (t-MVM). In particular, the TCD (applied in the form of the Point Method), is used to take into account the damaging effect of the multiaxial stress gradients acting on the material in the vicinity of the contact region. The time-variable linear-elastic stress state at the critical point is then post-processed according to the MWCM which is a bi-parametrical criterion that estimates fatigue lifetime via those planes experiencing the maximum shear stress amplitude. Finally, the t-MVM is used to calculate the stress quantities relative to the critical plane whose orientation is determined numerically by selecting that plane containing the direction experiencing the maximum variance of the resolved shear stress. Further, this direction is also used to perform the cycle counting, with this being done by directly applying the classic Rain-Flow Method to post-process the resolved shear stress. The overall accuracy and reliability of the proposed approach was checked against a large number of new experimental results that were generated in the Sheffield Structures Laboratory under constant/variable amplitude fretting fatigue loading.

Biography: Luca Susmel studied his undergraduate degree in the Department of Mechanical Engineering at the University of Padova, Italy, and completed his PhD between Padova and Dublin, Ireland.
From 2001 to 2011 he spent at least six months every year lecturing and doing research in the Department of Mechanical and Manufacturing Engineering at Trinity College, Dublin. In 2005, he was appointed Associate Professor in Structural Integrity at the University of Ferrara, Italy. He joined the Sheffield Department of Civil and Structural Engineering in 2011 to continue his research on the fatigue and fracture behaviour of engineering materials, components and structures.
Since 1998 Luca has focussed his attention mainly on problems related to the structural assessment of engineering materials and components. By working both in Italy (University of Padova, University of Ferrara, University of Udine), in Ireland (Trinity College, Dublin) and in the UK (University of Sheffield) he has devised several novel engineering methods suitable for designing components (experiencing stress concentration phenomena of all kinds) against static, dynamic, and fatigue failures. Luca’s modus operandi involves taking a conjoint theoretical and experimental approach to cracking problems and all the design methods he has formalised so far have been fully validated through systematic experimental work. Luca has unique expertise in designing notched and welded components against constant and variable amplitude multiaxial fatigue.
The work done in the above research areas has led to a large number of scientific articles published in international peer-reviewed scientific journals as well as to a book devoted to multiaxial fatigue assessment. His scientific papers have attracted significant interest from the international scientific community, as it is evidenced by his h-index as well as by the total number of citations. He is a member of the Editorial Boards of the two leading international journals in the fatigue and fracture field, namely "International Journal of Fatigue" and "Fatigue & Fracture of Engineering Materials & Structures". Luca is also the Associate Editor of "Frattura ed Integrità Strutturale: The International Journal of the Italian Group of Fracture" and the Editor-in-Chief of "Theoretical and Applied Fracture Mechanics" (published by Elsevier) which is one the top journals in the fracture mechanics field.
In terms of the transfer of his research outcomes into engineering practice, in recent years Luca’s expertise has been sought on many occasions by a number of European and non-European structural engineering companies that have successfully applied the approaches developed by Luca to design real components and structures.
Luca’s work has applications beyond traditional structural civil engineering. For example, in the past, he collaborated with General Motors (via American company ADACS Inc.) on the fatigue design of engines, and with Italian Company Filippi on the determination (in their Olympic medal winning boats) of the loads being applied by athletes during rowing.